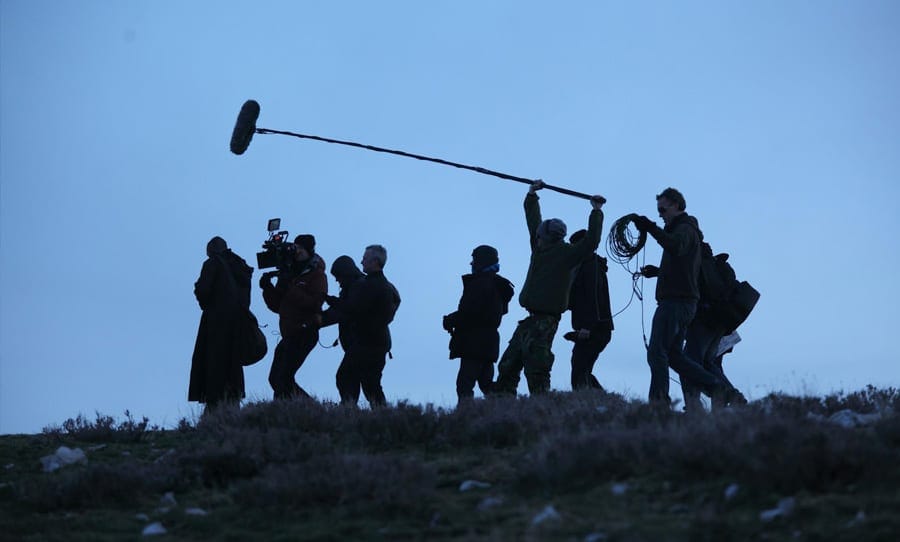 Film styles refer to the techniques used by the film director to create a frame or a shot. They  are the  recognizable film techniques used by filmmakers to give specific changes or worth to their work. It can include all aspects in making a film: sound, mise-en-scène, dialogue, cinematography, editing or attitude

Just as an author’s own unique writing style, a director has a distinctive filmmaking style.

One of the most noticeable ways to adjust film style is through mise-en-scène, or what appears on the screen. Lighting, costumes, props, camera movements, and backgrounds are all part of mis-en-scene.

Often, there is a misconception that the terms film style and film genre are the same. However these elements are two completely different aspects of film. Style refers to the way a movie is filmed, that is the techniques that are used in the production process while Genre is the category a film is placed in regarding the narrative elements. For further explanation, if we consider the films Independence Day and Cloverfield. Both are sci-fi, action films but they are filmed differently which indicates that films belonging to the same genre do not necessarily have the same film style.

are some group styles which also include film styles.

Film Noir, German expressionism, Italian neorealism, arthouse, sci-fi, and documentary are some of the most popular film styles that have been commonly used over time.

Is the cinematic term used to describe the style of Hollywood movies in the 1940s and 1950s, which emphasized on sexually motivated scenes and cynical attitudes.  The films of this style are usually associated with low key black and white visual styles and unbalanced compositions.

Aesthetics of film noir have been influenced by German Expressionism.

The Maltese Falcon, Double Indemnity, Sweet Smell of Success, and Touch of Evil are some notable examples of Film Noir.

Few techniques that are common in this style are Mise-en-scene and heavy atmosphere, Realistic details of artificial sets, Long shadow effects, Set details and placements, creating an emotional response to the scenes, Evoking a sense of mystery playing on emotional stress Paced slower than other movie styles.

Nosferatu, The student of Prague, Phantom are a few among the first Expressionist films.

Italian neorealism which translates to “New Reality”, is a national film movement characterized by stories set amongst the poor and the working class, filmed on location, frequently using non-professional actors. Italian neorealism represented the difficult economic and moral conditions of post-World War II Italy and  changes in the Italian psyche and conditions of everyday life, including poverty, oppression, injustice, and desperation.

Film scholar David Bordwell describes art cinema as “a film genre, with its own distinct conventions”.

An art film is typically a serious artistic work, an independent film, which is often experimental aimed at a niche market rather than a mass market audience.

Art films possess certain qualities that mark them different from mainstream Hollywood films”. These qualities can include (among other elements): a sense of social realism; an emphasis on the authorial expressiveness of the director; and a focus on the thoughts, dreams, or motivations of characters, as opposed to the unfolding of a clear, goal-driven story.

A documentary film is a non-fictional motion-picture intended to “document reality, primarily for the purposes of instruction, education, or maintaining a historical record”

Early documentary films lasted one minute or less. Over time, documentaries have evolved to become longer in length, and to include more categories; some examples being: educational, observational, and docufiction. Documentaries are very informative and promote learning.

Social-media platforms (especially YouTube) have provided means for the growth of this genre.

Through increased distribution and ease-of-accessibility; the ability to educate a larger volume of viewers has enhanced.