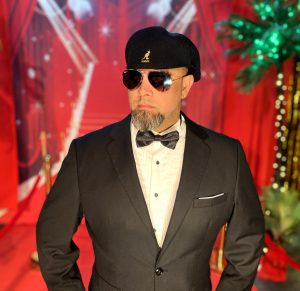 Savage does not begin to explain filmmaker/ artist James M. Storm and his crew of misfit guerilla filmmakers. At six years old, James began making his backyard productions armed with the family VHS camera and a crew of neighborhood kids. Some of these movie obsessed friends still work with the company to this day, even after a lifetime of grueling filmmaking misadventures. By high School James had formed J.S. Co. PRODUCTIONS Digital Video Studios, his video production business, and had produced several feature length independent films. In later years the company suffered heartbreak and near collapse when a beloved team member suddenly and tragically passed away. James, embittered by the loss of his friend in conjunction with what he calls “The Hollywood Treatment” referring to his experience navigating the entertainment industry, was determined to henceforth maintain the creative integrity of his films. He did this by self-producing his own movies, even if that meant foregoing the luxury of a reasonable budget. In recent years James and his crew have produced over 60 independent films, documentaries, and music videos and have only just begun to break into the creative stratosphere. To this day James unapologetically maintains his position that his creative freedom and integrity are the keys to his unique and satisfying style of filmmaking. James will be the first to tell you, “My creative well runs deep and I don’t need a Hollywood budget to tell a great story. Even in a world of 4K, 5K, 10K… Give me a VHS camera and a flashlight and I’ll give you Gone with the Wind”.
James currently resides in San Diego, CA where he is hard at work in his private studio preparing for the release of his latest 6 major film projects.
Website: www.jscompanyproductions.com
Website: www.electriccycleracingleague.com 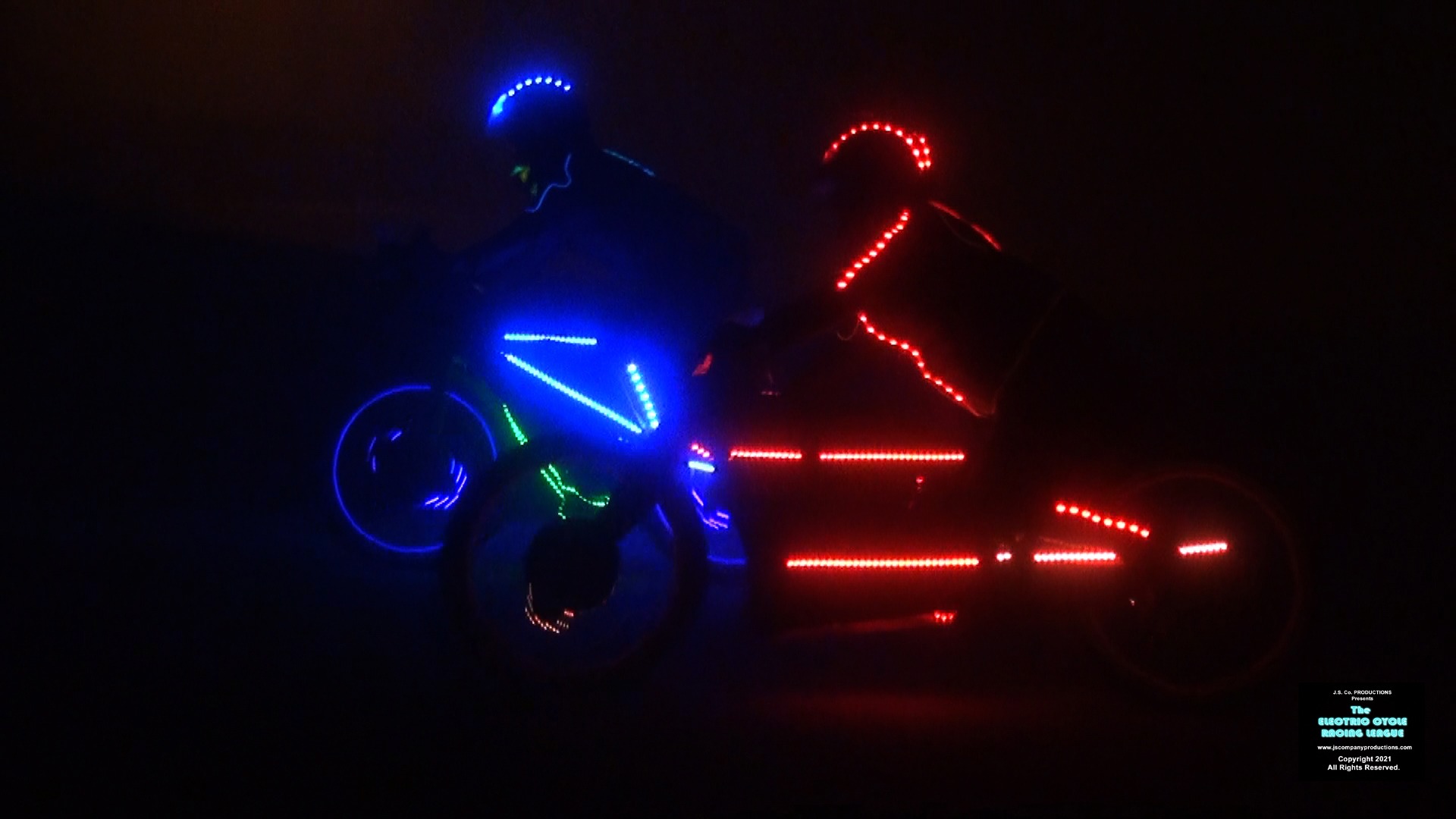 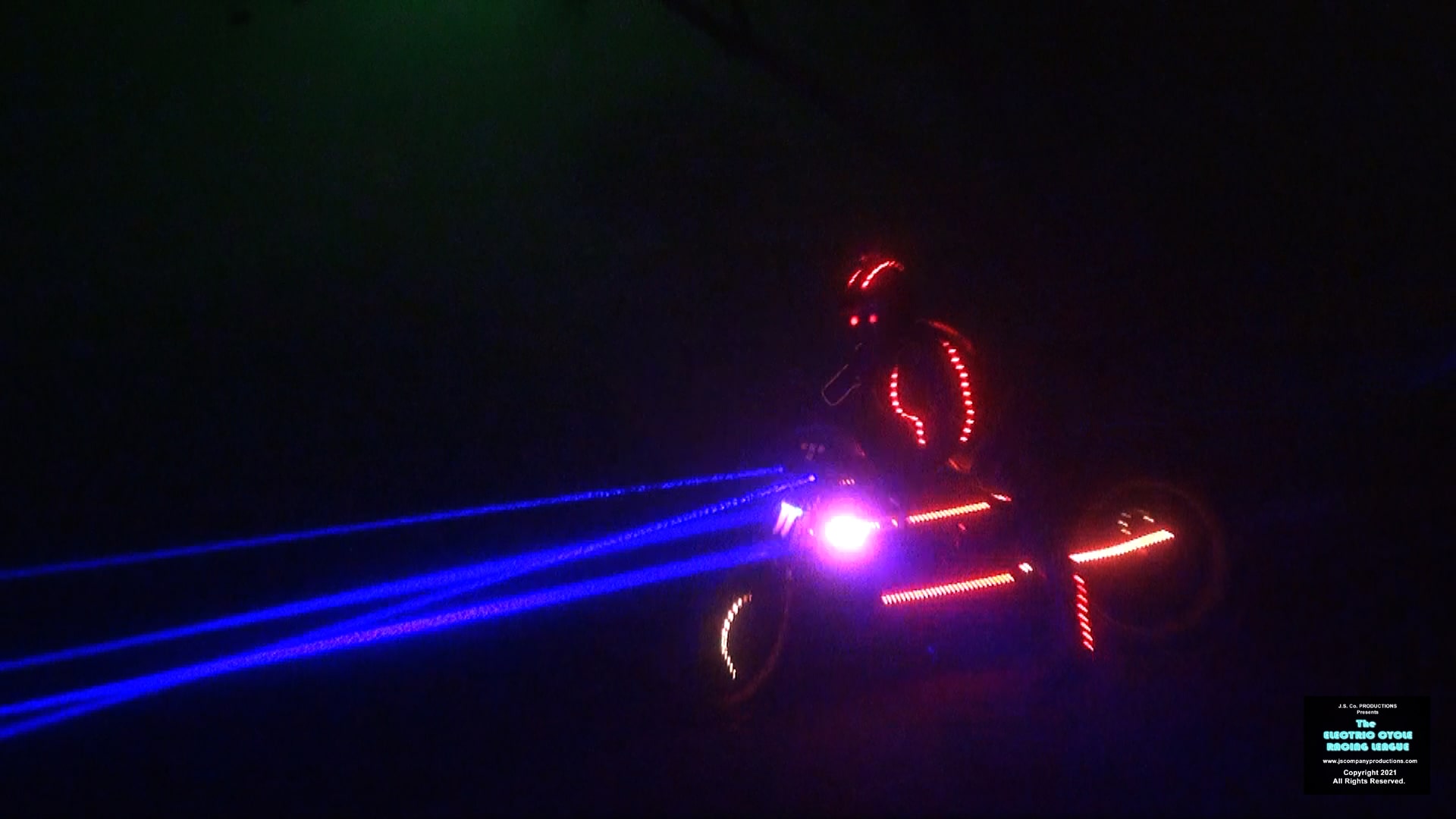 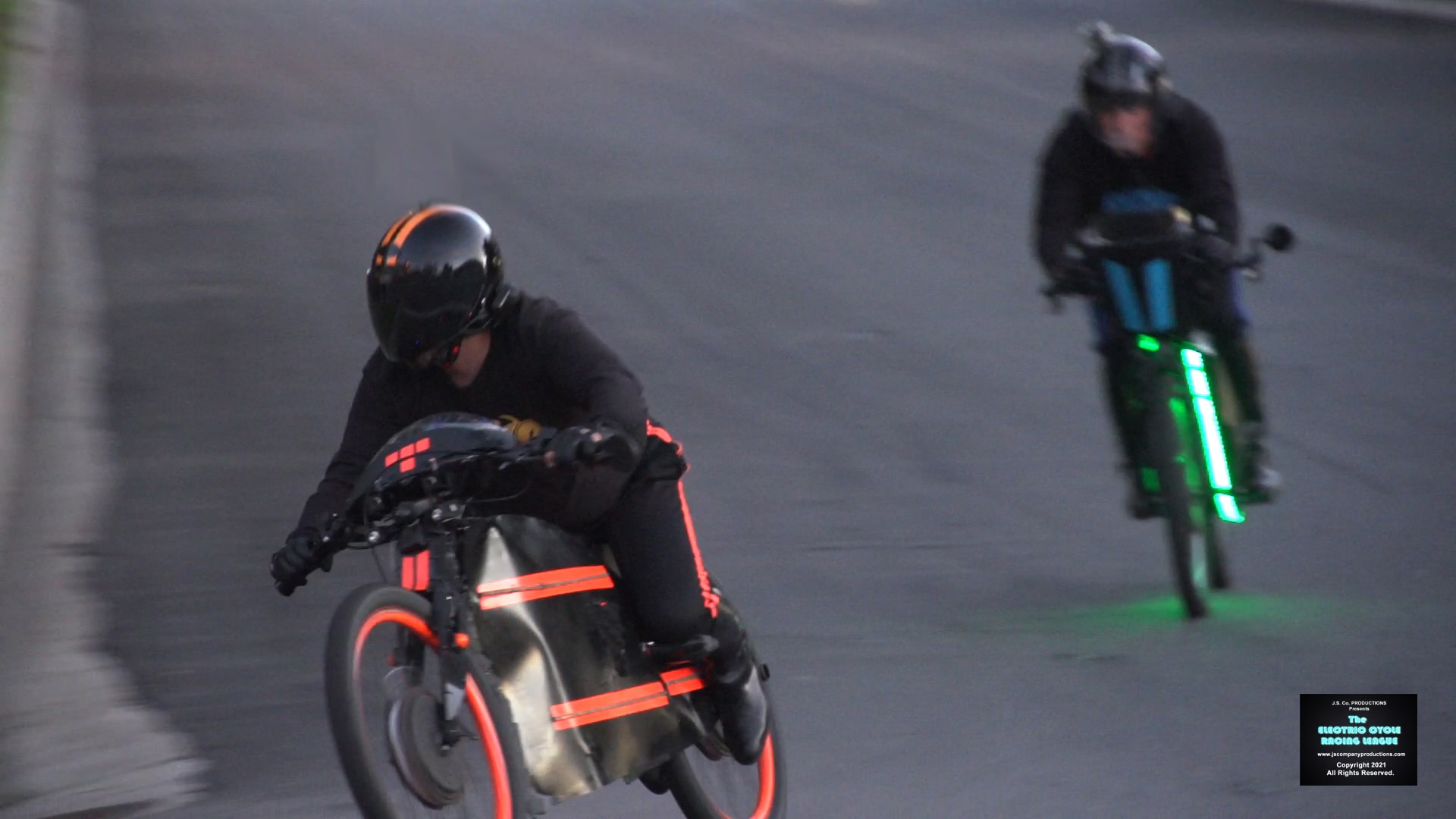 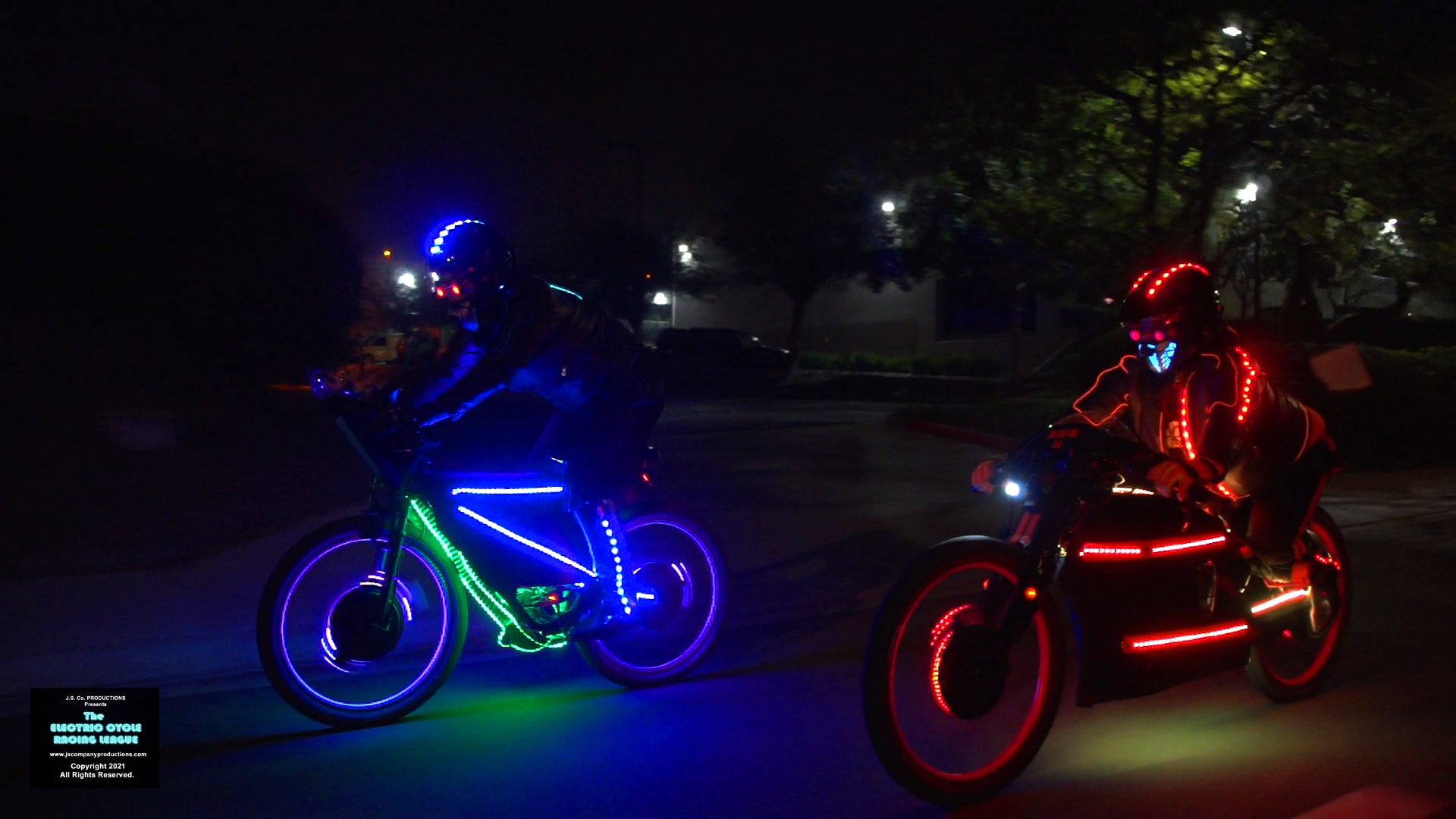 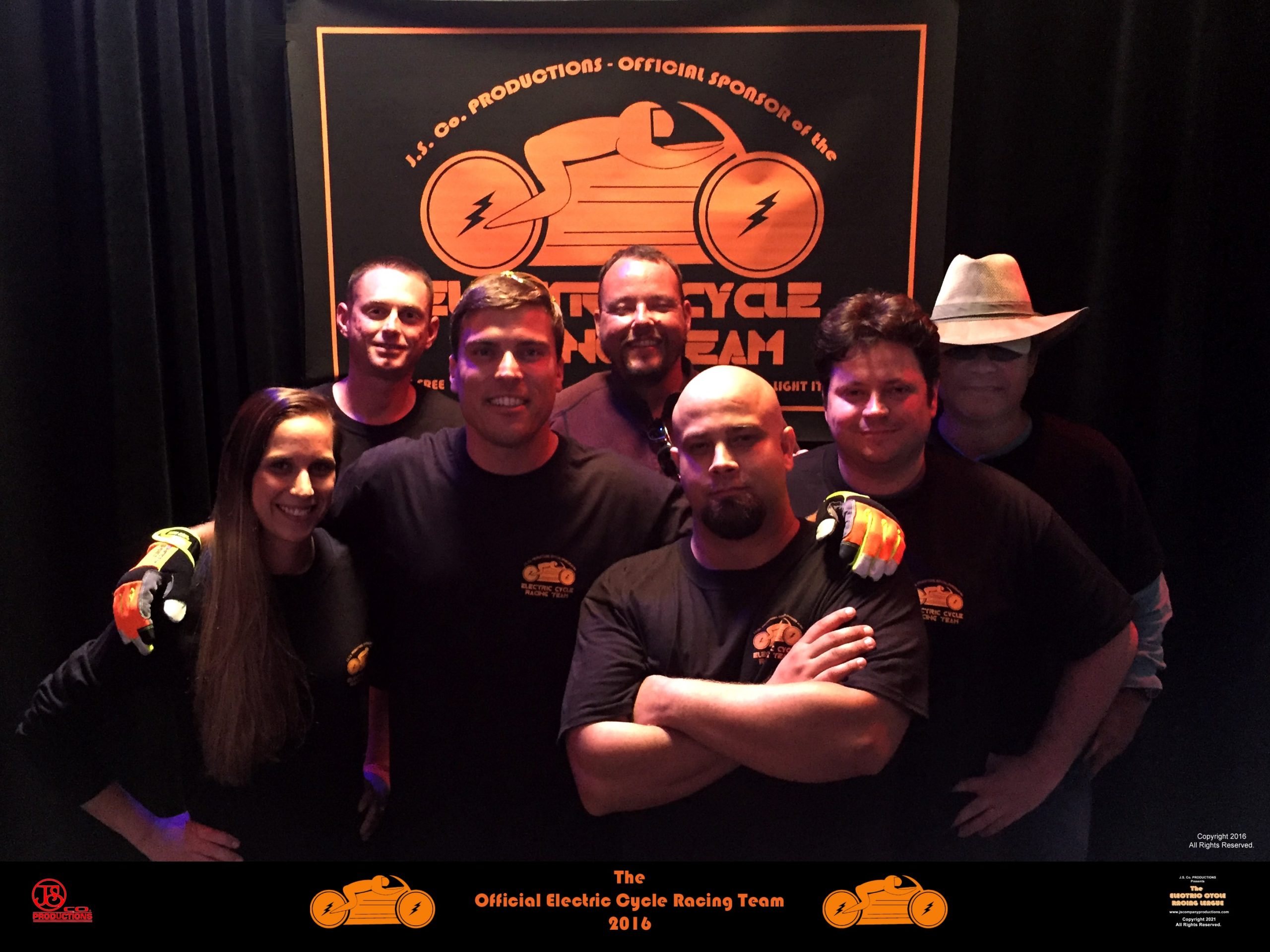 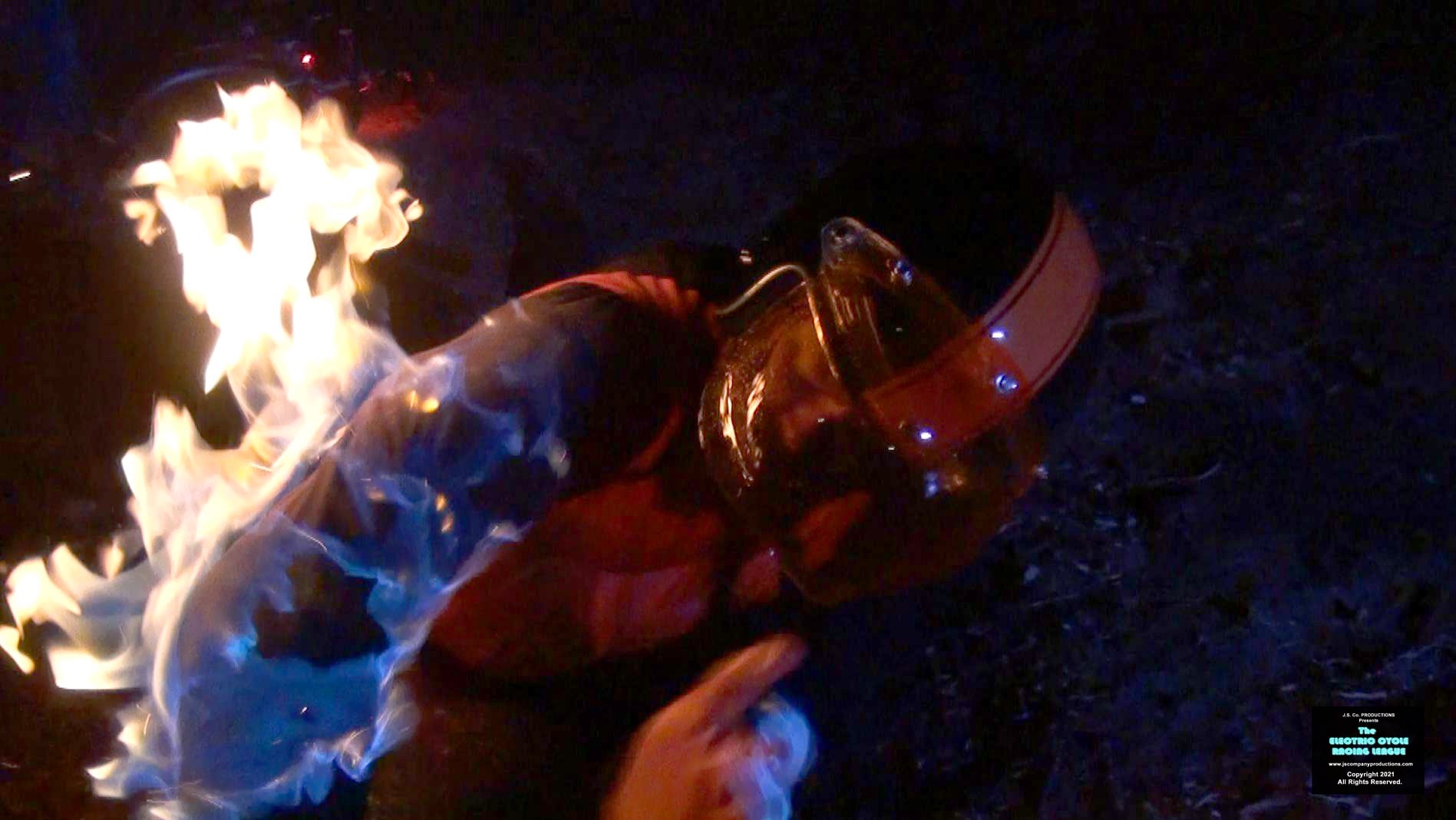 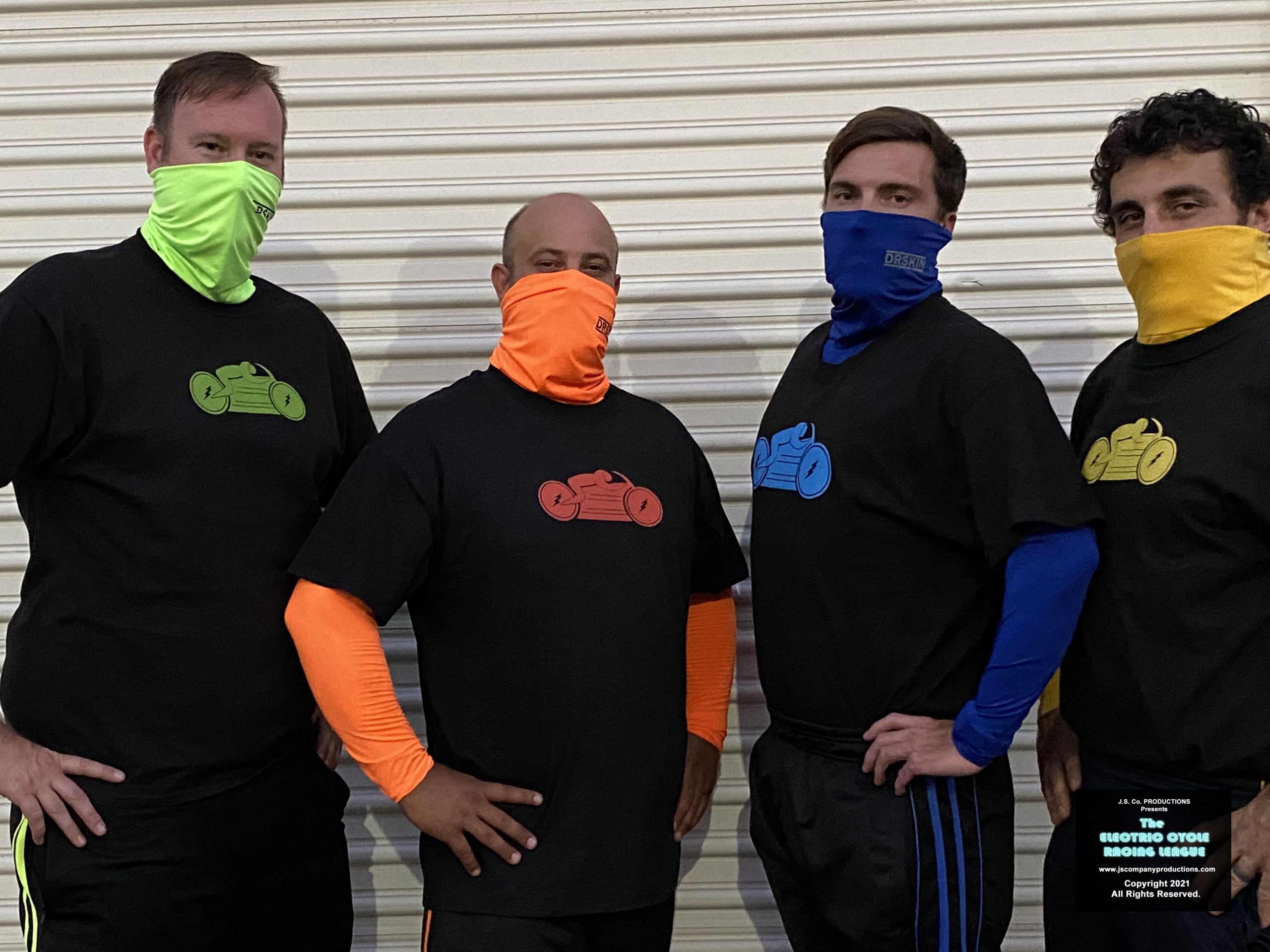 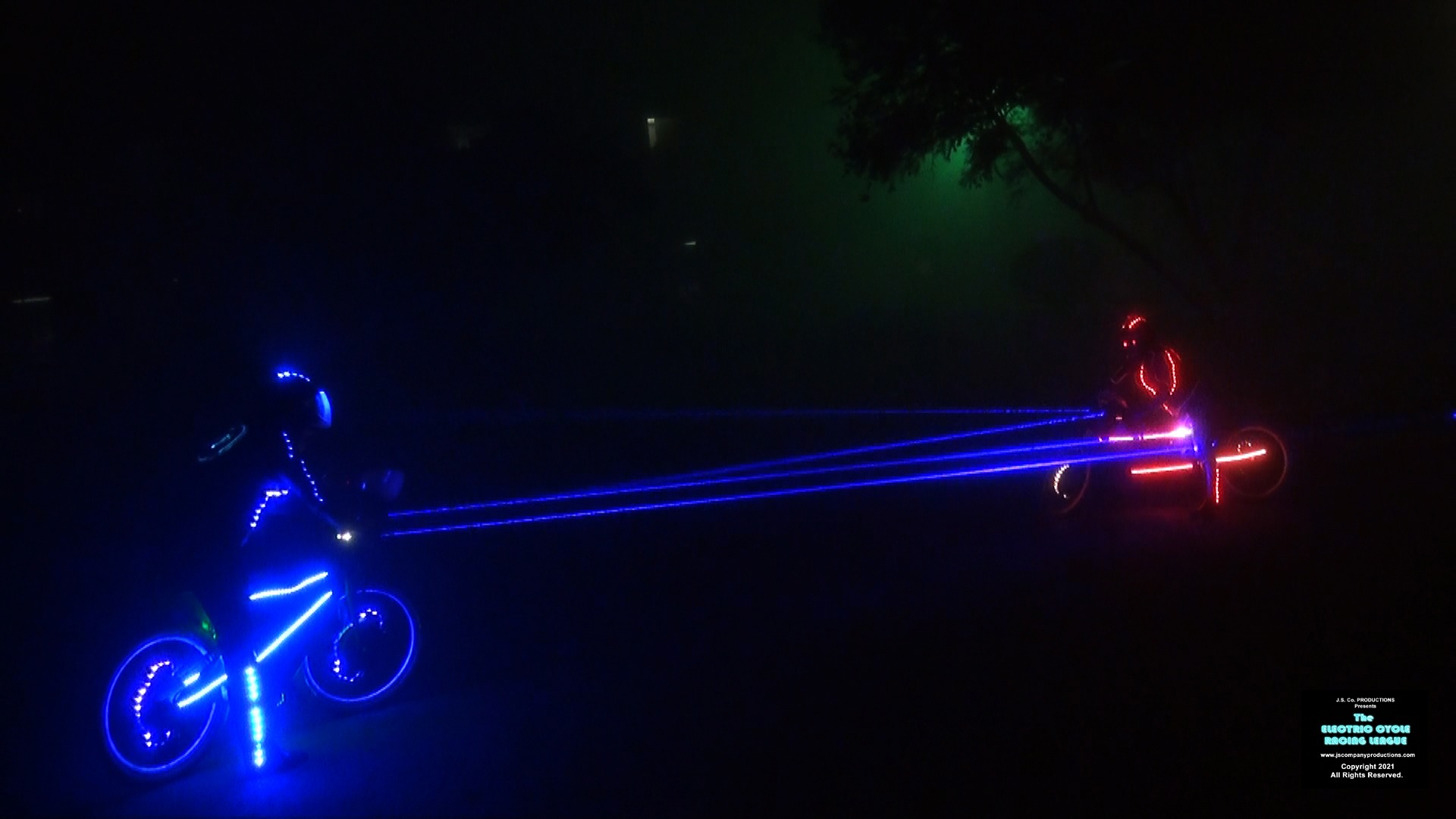 Serbia
2021
Directed by Svetlana Cemin, ‘Monk Arsenije’ is a feature length documentary about the cult Belgradian monk, Father Arsenije, as he strives to preserve and rebuild the Monastery of Ribnica which was destroyed by the Turks a couple of hundred years...
 4.4/5
Everything everywhere all at once

Multi award winning Artist/ Filmmaker James M. Storm and his misfit crew of guerilla filmmakers embark on a five-year journey to create the world’s first Electric Cycle Racing League. Witness the struggle from the humble beginnings of a short film to the creation of the all-electric, dueling street racers. Laser blasters and midnight deep fog stand-offs are only the beginning in this action packed documentary of electric power, speed, light, and sound.
"A story of grit, determination and perseverance"
 5/5

The human desire for ingenuity and for pushing the limit has always been the singular most important driving force in humanity’s epic journey of self discovery. It is this thirst for ingenuity that has brought us the 2022 documentary ‘The Electric Cycle Racing League’. Written and directed by James M. Storm and produced under his JSCo banner, the documentary charts the attempts and success of James and his crew as they try to build the electric cycle racing league. The film stars James M. Storm and his real life crew; Sean C. Sprigle, Wes Donalson, Lara Dudas, Raven LaFey, Larry Coppotelli, BJ Zarcone and Bill Elliot.

Although the film is first and foremost a documentary, it seldom feels like it. The viewer is invited into the lives of James and crew and as we follow the group along in their journey, we can’t help but feel a part of this lively family as well. From Sean C. Sprigle to Wes Donalson and from Lara to Bill, each member brings his or her own distinct personality to the table. Watching the team work is like witnessing a highly efficient orchestra at play; everyone knows their roles and they all work seamlessly like a giant, automatic machine.

The voice over by James provides much needed context and background to some important information. We get to know that James and his crew were filmmakers since their early age and they have passionately created countless B grade films that both satirise popular films as well as create original films inspired by different genres. In time, James would come to developing the electric cycle as a passion project only to almost let it go completely after the death of a family member. However, he decides to double down and complete the project in his late cousin’s memory instead.

From the fabrication of their first ever electric cycle to the field testing of their machines, the film documents each moment of the journey in considerable detail. There is a special kind of joy to be had watching such a monumental idea take shape from its basic roots; each small step takes the team closer and closer to their goal and eventually, after much blood, sweat and tears, the electric cycles that will make up the racing league are born.

Shot with a variety of static, helmet mounted, hand held and drone cameras; ‘The Electric Cycle Racing League’ is a visual splendour. The cinematography department has captured the action perfectly and during moments of test runs of the bikes, it does actually feel like one is riding along on these crazy machines. From the dimly lit workshops to the LED laden cycles, the film is beautiful to look at and its crisp and warm visual palette complements its underdog story seamlessly.

Now let’s take a look at the narrative structure of the film. Each moment of brainstorming, production, test runs and then the final races is sequentially presented along with voiceovers to cover any queries that the audiences might have during viewing. The star of the show is James himself and the first several minutes of the film are a peek into his beliefs, his family and his outlook on life itself. This sets the tone for the rest of the story where James introduces his work family and sets off on a quest that has personal as well as professional meaning.

Another great aspect of the documentary is how earnest it is. The personal demons, the issues, the family tragedies, the crashes; everything is laid bare in front of the audience. Storm isn’t afraid to hide anything; he is more than happy to share the problems and obstacles faced in the journey of creating this league. This is raw and gritty filmmaking at its finest with real stunts, real explosions and a real threat to life while driving these dangerous machines.

The original musical tracks from the likes of DJ Lights Off, Project Out Of Bounds, mina mina, Sixth Day and more add to the visual flair of the film, setting the mood for the crazy journey that makes up the bulk of the film. Together, the audiovisual aspects of the production contribute majorly in making the film what it is; a death defying thrill ride with real stakes, real explosions and real stunts.

Electric cycles aside, there is a message that one can take away from the film. Life is hard, life is unpredictable and our next day is neither guaranteed nor assured. With this mental framework in place, it is imperative that people follow their dreams and passions even in the face of insurmountable odds because it is precisely these desires that make us human. Mankind was supposed to reach the stars and we have gotten this far solely due to our penchant for pushing the envelope. Therefore, if people take away one thing from watching this documentary; it should be to always follow their dreams, do right by their fellow man and give it their all in every aspect of life. With family and friends by our side, every challenge becomes just a little bit easier.

A story of grit, determination and perseverance, The Electric Cycle Racing League therefore exemplifies the sacrifices and hard work of James Storm and his crew as they try to lay the groundwork for the first ever electric cycle racing league. Not only do they succeed, they do so spectacularly. The film is moving, inspiring and creative all rolled into one and we cannot recommend it enough.