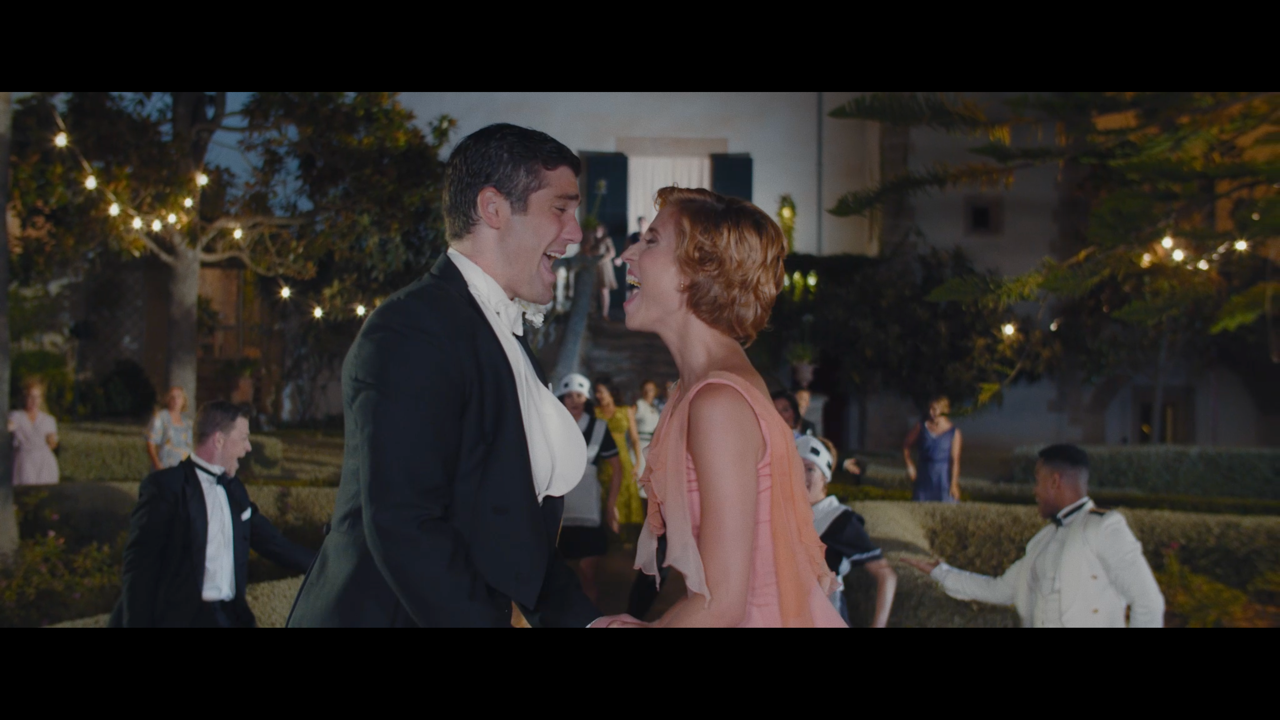 Hi, Adrián! Thank you for granting this interview. You played the lead actor in the film ‘Sergi & Irina’. What should the audience expect to see?

I think the audience will enjoy a love story that comes from a magical encounter, and a project that has never been done like this in Spain. It’s without doubts an act of courage and love that came from the whole team, and it’s visible through the screen.

You’re playing the role of Sergi in ‘Sergi & Irina’. Tell us more about your character. What is his personality like?

Sergi is the son of a wealthy family, who has had a comfortable life so far -economically speaking-, but he’s a curious, amorous, bold, hopeful and charismatic guy, amongst other things.

What did you do to prepare for the role? Where did you get the inspiration from in order to give depth to your character?

I’ve been guiding myself and inspired by the work of Leonardo DiCaprio, who’s one of my favourite actors, especially in the film “The Great Gatsby”, although the best help and guidance came from one of our two directors, Àlex Tejedor, because he had a very clear idea of what he wanted to see on the screen and was able to let me know the way he wanted to tell the story.

Without giving anything away, what is your favourite line and why?

I don’t think it’s just a sentence I would underline, I think what I most like about the film is the whole experience of it: being able to dance, to sing, to act, to feel… and do it in such a short period of time is a gift one doesn’t get very often.

As ‘Sergi & Irina’ is a Musical, you also danced and sang during most of the film. What did you enjoy the most?

I think what I enjoyed the most was the dance and being able to spend time working with our choreographer, Sam Harper, because dancing is not my forte and with him it was a constant learning experience.

It’s been almost a year and a half since we finished filming, and so with my vague memory I only remember the most emotional and positive moments. Although I remember something that was not so positive, and that was that driving on the way to our first day of shooting, my partner Teresa and I got stuck. in the middle of nowhere. We both thought that the shooting could only get better from there on -luckily for us, that was the case-.

The co-star often has a crucial importance in telling the story. How was it to play, dance and sing beside your co-star Teresa Ferrer?

I could sum it up with one word: easy. She’s a great actress and a better partner. She’s always listening during all the scenes and she has an overflowing talent to perform any discipline. I could not have asked for a better co-star.

‘Sergi & Irina’ was directed by Miquel Verd and Àlex Tejedor. Did you know them before, or was this your first time working together?

I didn’t know them but I think they’ve been one of the best discoveries of my life. They are two great directors filled with enthusiasm, talent and something that seems very important to me, and not everyone has, which is the passion of embarking on new projects. From here I can only thank them, first to let me be part of this madness and second, for helping me and taking care of me the way they have.

What is the message that ‘Sergi & Irina’ and/or your character convey?

I think the message is that love has no barriers, although as with everything in life… everybody has their own interpretation, so I leave you with the unknown.

Right now, you can see me in Amazon Prime Video playing the role of Álvar Fáñez in the tv show “El Cid”, which starts shooting the third season in March. I am also working in the “Teatro de la Zarzuela” in Madrid, on the project “Amores en Zarza”. Thank you so much for the interview and the award. It’s been a real pleasure. I only hope next time we can do it in person.

For Its First Edition, The Independent Awards Film Festival Celebrates the best talent In Cinema.