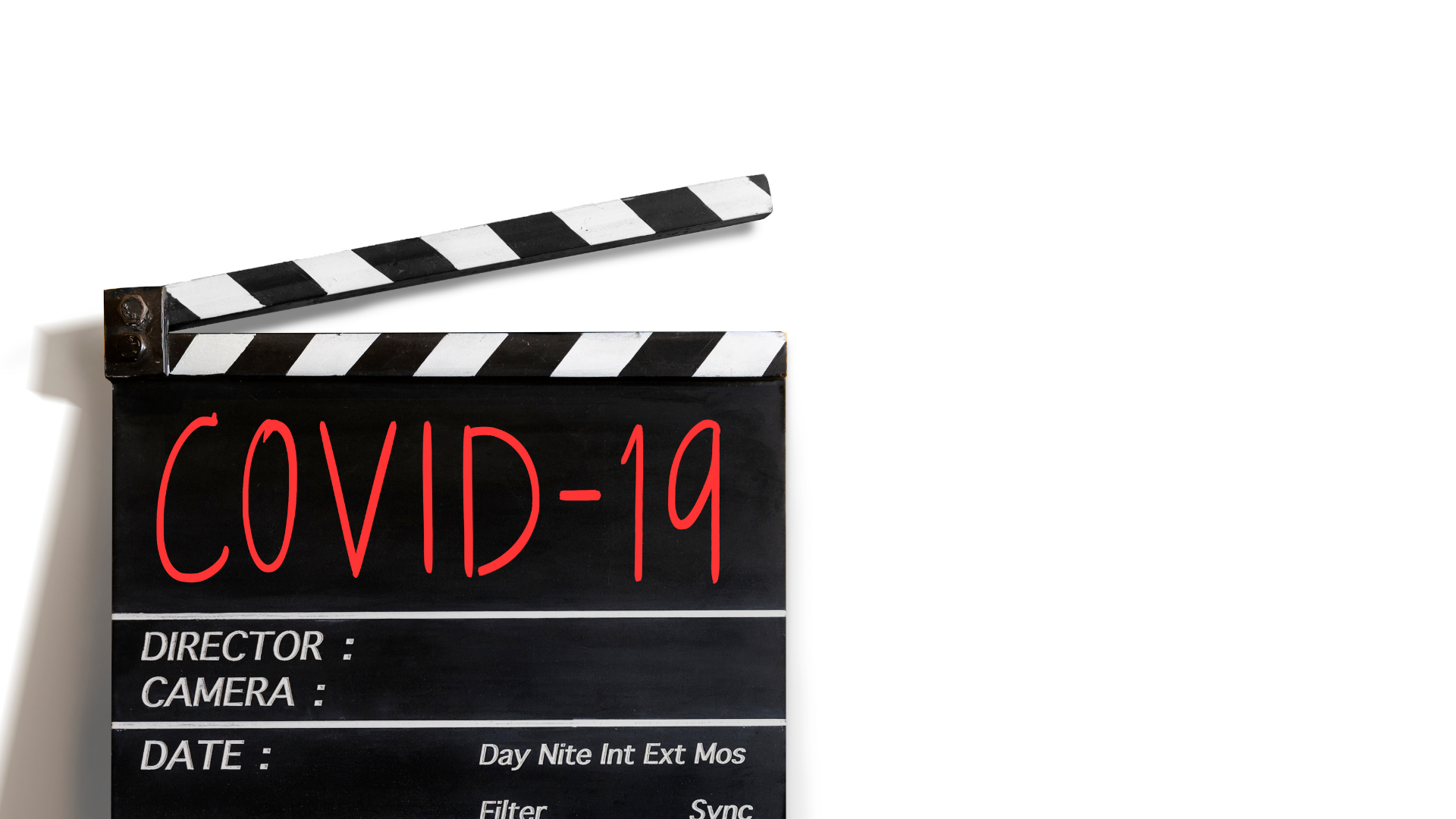 The COVID-19 pandemic has had a drastic impact on the Global Cinema Industry.

All aspects of the industry from production and distribution to consumption have significantly changed.

Many movie productions have been postponed or cancelled, movie theatres have been closed or restricted. Even the talent – in front and behind the camera have been restricted due to the various safety protocols and rules and regulations implemented by respective nations

Production of many films, around the world has been affected due to the outbreak. Productions which had plans to carry out shooting in outbreak zones such as China, Italy, US and South Korea have been compelled to be halted , shifted to shooting in alternative locations or cancelled.

To address the challenges posed by COVID-19 producers are trying to involve digital technology in film production to ensure cast and crew safety. Virtual sets similar to those used in video game production and tv series such as Disney’s ‘The Mandalorian’  have been a key inspiration.

Remote work protocols such as Virtual production which enables the teams to carry out production without being in the same physical space and creative teams to collaborate despite being in different locations, are being adopted.

Innovative virtual techniques have been incorporated into the post-production processes.

“Automatic dialogue replacement” is a technique that allows actors to record replacement dialogues remotely in one studio which can be dubbed over the live action footage in another.

Also, many filmmakers have taken interest in creating feature films, with plots revolving around the coronavirus pandemic . Upcoming productions such as the low budget, single camera, one take film ‘Corona’ written and directed by Mostafa Keshvari and “Songbird,” directed by Adam Mason are some examples for films featuring the virus.

Many countries have decided to close or restrict visits to cinemas. In addition, due to the dwindling confidence in physical venues a downward trend in attendance at cinemas halls has been noted.

This reduction in cinema audiences is to be expected as long as COVID-19 stops people gathering indoors in large numbers.

Owing to the shutdown of the cinemas around the world, the global box office has dropped by billions. In March 2020, the Global Box office revenue was forecasted to experience a loss of US$5 billion, as a result of COVID-19. Even leading film production companies such as Warner Bros. Sony Pictures have suffered huge losses.

The COVID outbreak has accelerated the ongoing transformation in the cinema industry. The growing popularity of Streaming services such as NETFLIX, Amazon Prime Video and Disney+ surged worldwide, during the lockdown measures enforced due to the pandemic.

The 2011 American thriller ‘Contagion’ renewed its popularity during the COVID-19 pandemic. In March 2020 it became the seventh most popular film on iTunes and the 2nd most watched Warner Bros film, moving up from its previous rank as 279 in 2019.

Disney’s Mulan which was positioned to be one of the biggest releases this year is considered as a major tent pole for early release on digital media. ‘Trolls: World Tour’ broke streaming records as one of the first pandemic forced direct to digital releases, to become a hit.

In many ways, the pandemic has simply accelerated the transformation that was already happening in the Cinema industry, issues such as the position of streamers in the industry, changing viewing habits that were in place prior to the pandemic will be magnified.

However, according to experts, the communal experience of going to the cinema with friends and family ,the  emotional and sentimental attachment of watching a movie in a huge dark room with a box of popcorn have all played their role in getting audiences to the cinema seats. Therefore despite the new level of competition posed by digitals innovations, such as in-home entertainment options, the nostalgia of theatre experience will flood audiences  back to the movies as soon as it’s deemed safe to do so.