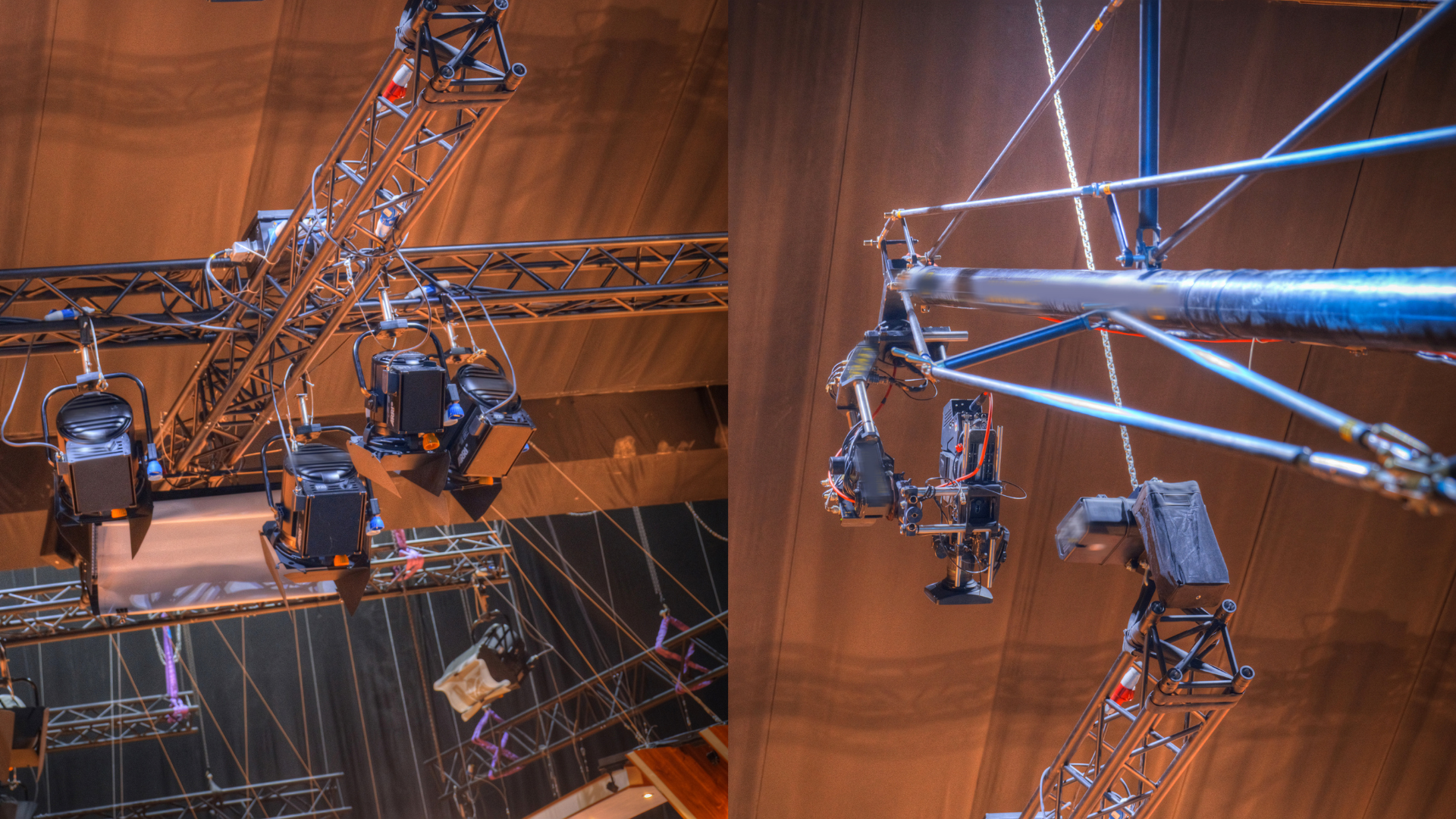 Stagecraft is the technical aspect of theatrical, film and video production which include the elements such as scenic design, stage machinery, lighting, sound, costume design and makeup. In simple terms it refers to the combination of all elements that gives rise to a performance. These facets essentially bring the performance to life with the on-stage dynamics creating a mood and scenic movement and visual dexterity evoking feelings of the audience.

Many aspects of stagecraft can be traced to the earliest practitioners, the Greeks. Innovations during the middle ages too highly contributed to the contemporary technical theatre.

Scenery includes an assortment of factors such as scenic design, scenic painting, set construction, theater drapes and stage curtains, and special effects. The creation of the scenery of a theatrical set or a film is known as scenic design while building up the scenery for a play in a theatre or for a film or for a TV show constitutes the set construction. The task is undertaken by a construction manager who builds full scale scenery as per the requirements of the Production Director or Art Director working with the director of production. Scenic painting involves a scenic artist who is in-charge of painting of buildings on location or stage sets which include scenic backdrops, illustrations and other graphics. Theatre drapes and stage curtains which mask the backstage from spectators serve both a decorative purpose on stage, as well as aid in improving sound conditions and lighting conditions since they are made using light absorbing materials.

Special Effects commonly abbreviated FX are the illusions or visual tricks used in the production of plays, films or television programmes to bring about the envisioned storyline of the director.

Lighting involves the determination of the angle, size, suiting intensity shape and colour of light for the respective scene. Theatre lighting designers focus on the way lighting looks to the audience while in TV & Film production lighting should be constantly fixed and controlled as lighting for cameras has greater requirements such as precision of light levels and source colours.

The first impression of a character is given by the costume worn by the actor. Costume denotes the style of dress pertaining to a nation, a class, a particular period or personality. In theatrical costume design the types of costumes are categorized as historical, fantastical, dance and modern. Costume design process involves multiple steps with numerous aspects to consider in order to bring about a rich visual context.

Theatrical property commonly referred to as props include the furnishing, set dressing and all equipment to which don’t fall under scenery, electrics or costume. The props used by the actors are known as ‘hand props’ and those kept in their costumes are the ‘personal props’. Props infuse a sense of ambiance to the scene.

Sound encompasses the effects audible to the audience during a performance to communicate character, context or atmosphere. It is vital in setting the mood and immersing the spectatorship.

It is evident that the aforementioned elements play a key role in both theatrical and film production. The enhanced lighting, effective sound engineering and downscale costumes in modern works such as “Le Dernier Caravansérail” portraying the predicament of political refugees, have inevitably contributed to it’s brilliant coups de théâtre at each segment.